We recently posted that we have gone solar. I do like the fact that we don’t give any money to the power companies but I do think that there’s no way that solar is going to solve all our energy problems, it’s simply not as dense as the thousands of years of stored solar energy in fossil fuels. But the question was asked what did we do to reduce our consumption in the first place since this is a lot cheaper than panels and is inherently scalable. The answer is really in three parts behaviour, technology and adaptation.

The behaviour bit is simply changing the way that you do things. We got rid of the tv, we switch off lights, we put on jumpers, we close the fridge door,we don’t have things on standby, we open/close windows and just generally think about how we live and use energy.

The technology bit involved some simple things like draught proofing and some new blinds. We also removed the downlights and replaced them with compact fluro pendent lights. This reduced the number of lights we need since downlights are task lights as opposed to diffuse light. They also run really hot so you can’t put insulation on top of them and they put a hole in the ceiling which is terrible for heat loss so replacing these was pretty important.

Whilst not within our year we also had a renovation done and in doing so thought a lot about how passive design could either retain or vent heat. Casement windows on the east side pick up the cool south-easterly breeze, double glazed doors retain the heat, the pergola with the vine on it shades the glass from the summer sun but lets winter sun through and so on. We filled both roof and walls with insulation which not only stops our house heating up but also blocks the noise from the musos next door. Our fridge died so we bought a new efficient one but also put it in a cabinet with a vent on the floor behind it and on the wall above it. This means that cool air from under the house circulates across the element of the fridge before leaving the house thus increasing the efficiency of the fridge and not making our fridge a heater. We also closed the fridge/pantry area off so that it didn’t interact with the house as much.

A couple of years ago we installed an HRV ventillation systems which pumps air from the roof cavity through the house. In theory it acts as a heater and a cooler because in winter the roof heats up faster and in summer, when the sun goes down the roof space cools faster. In reality it didn’t achieve what we hoped it would but it does increase the ambient temperature a degree or two around the edges of winter and the air movement makes sticky nights more bearable. Up until very recently we had no heating save for an efficient slow burning wood heater but we modified this with a small in-line fan to use the HRV venting system to distribute the heat from the fire. We also put rugs on the floor and carpet tiles under the furniture to increase the insulation. We don’t have any cooling in the house save for the HRV but because we live in a light weight house (weatherboard) we manage.

The last part is adaptation and I want to steal a question that Joel Meadows from Growing Abundance in Castlemaine posed.

Which of these televisions is more efficient? 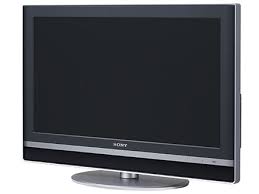 The answer is that since for most of us television is a distraction and general waste of time they are both 100% inefficient as they consume power for no useful output!

I know it’s a bit twee but it’s a really good thing to ask yourself. What purpose to all my things actually serve and could I do without it? For us the TV went which we thought would be an issue but it really wasn’t, in fact not hearing all that advertising is an absolute blessing. Equally a million plug in appliances become not only an energy liability but also clutter your house. So the last part is adaptation, or going without. We could put air-con in our house but on the three or four stinking afternoons each summer it’s not only more energy efficient but it’s far more enjoyable to load up and go to the pool.